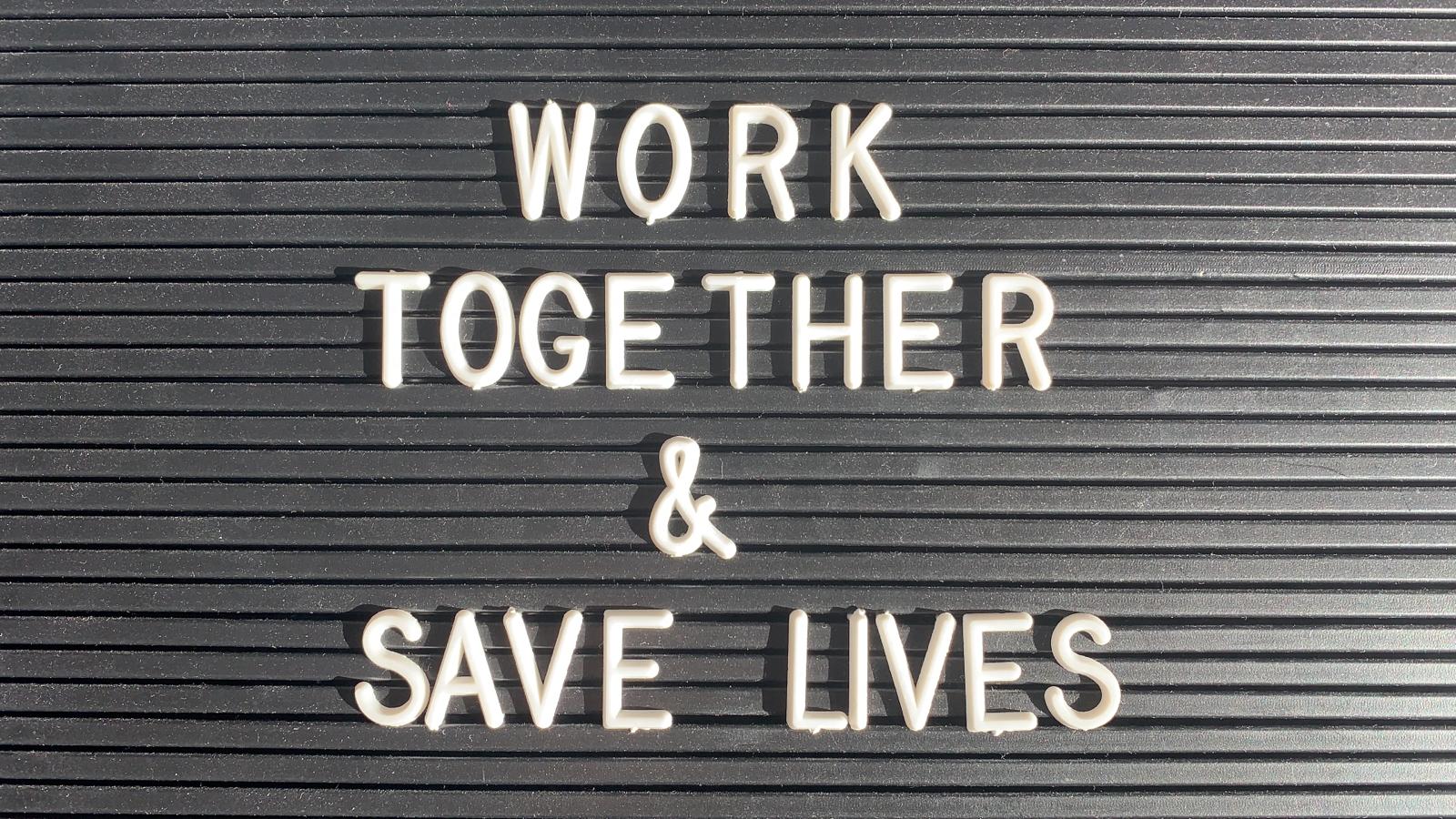 COVID-19 is turning the world upside-down. Some of the recently furloughed are launching new initiatives, others are hiding under the duvet (both responses are perfectly valid). Some people have arranged their stockpile in alphabetical order, and some have realised that you can’t actually eat toilet roll.

Many of us will get through this, but what is on the other side is unknowable. Throughout 2019 and early 2020, the business press was full of talk of how innovation was disrupting big business. What they didn’t count on was COVID-19 disrupting everybody. But the bigger picture, that businesses of all sizes need to be more agile to cope with unexpected change, holds true in the current pandemic. Agility, innovation and disruption don’t happen in a vacuum as they all feed off each other, though the reality for many is that without the lifeblood of cash flow, adaptation in an emergency is just not feasible. WHSmith’s, for example, expects April’s revenues to be down 90 percent year on year, while Debenhams is preparing to call in the administrators. Whole industries such as airlines, hotels and hospitality have been put on ice. Look beyond the big names: remember that some 99 percent of British businesses are classed as SMEs and on your state-sanctioned exercise, you’re likely to walk, jog or cycle past any number of shuttered-up businesses that have no idea when they will reopen. 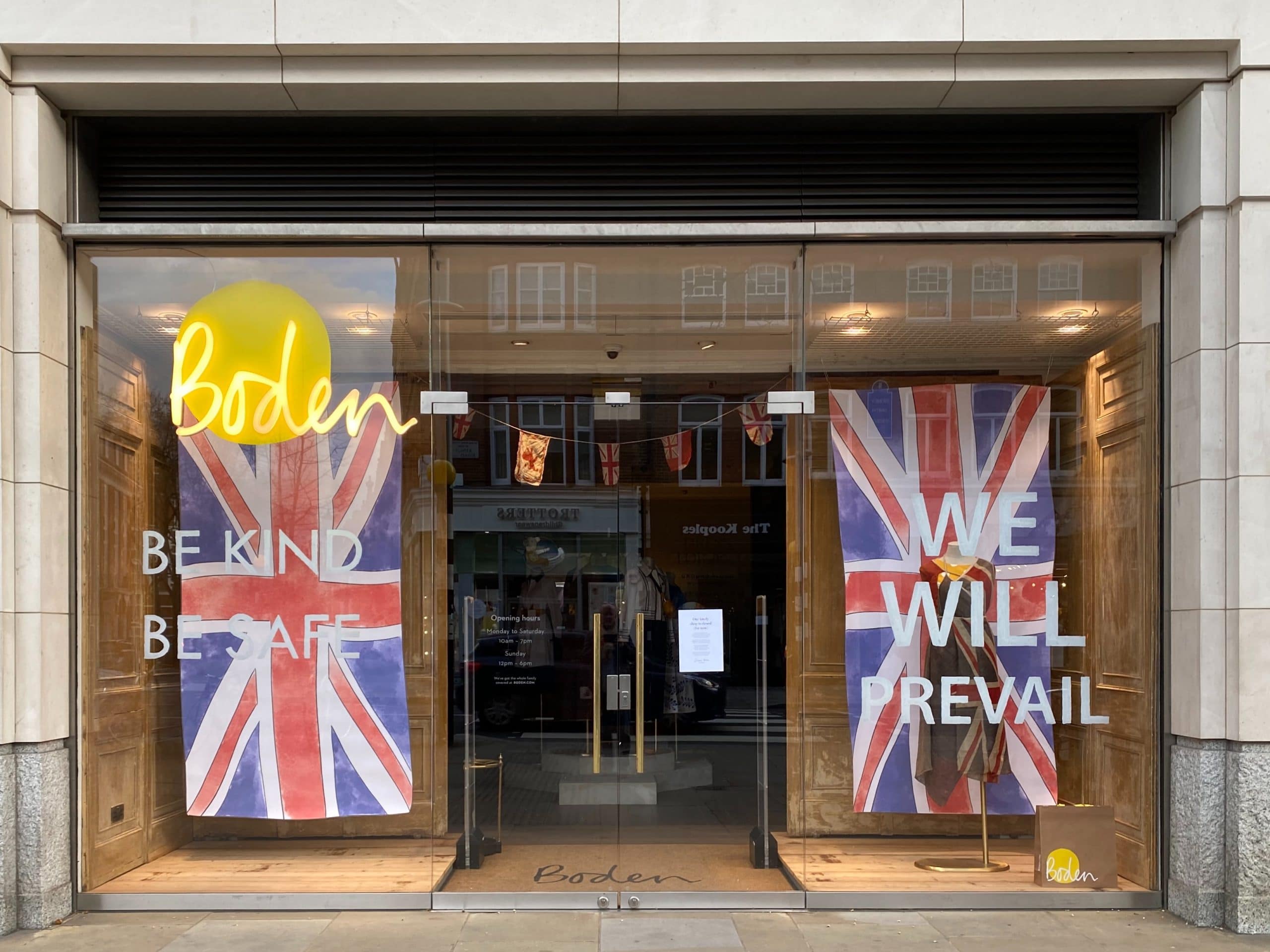 The economic hit of COVID-19 is being compared with the depression of the 1930s, a time which saw a huge burst in activity, both in construction and invention. Whether you subscribe to the idea that the American business magnate and philanthropist, Rockefeller was a saint for setting otherwise-unemployed workers the task of building skyscrapers or a profiteer for taking advantage of cheap labour, you cannot deny that New York is still defined by its Art Deco growth spurt. Closer to home, historian Dr Charlie Wildman points out that the modern high street and centralisation of businesses are all a result of the depression, with major projects such as Manchester Central Library, the Mersey Tunnel and the Liverpool Philharmonic Hall all built in the early 1930s. Londoners saw Battersea Power Station and The Dorchester go up, but they were more likely to use the Piccadilly and Metropolitan lines which were both extended (thanks to guaranteed funding from the Government) in the early 1930s.

It’s worth taking a quick detour down memory lane because it reminds us that there are big changes in the pipeline and that there are indeed opportunities to do things that were not previously possible.

In the short term, there is the response to the crisis itself. While there are a few emerging villains of the pandemic (including billionaires who are asking the UK Government to mail the bailout cheques to their tax haven and football clubs paying thousands to their players while hanging their stadium staff out to dry), there are plenty of good news stories too: think McLaren, who have converted their production line to manufacture breathing apparatus for hospitals. The company, having demonstrated their ability to engineer at speed in the pitstop, have now taken their high-performance problem-solving expertise, and fed that into the burning problem of the day and rolled out a smart solution.

At a less high-tech end of the scale, distilleries and brewers have responded to the shortage of hand sanitiser by making their own: another example of agility and another example of businesses doing what they can. Unlikely as it seems, elite sports and craft distilleries are just two examples of businesses repurposing their capabilities in an emergency. 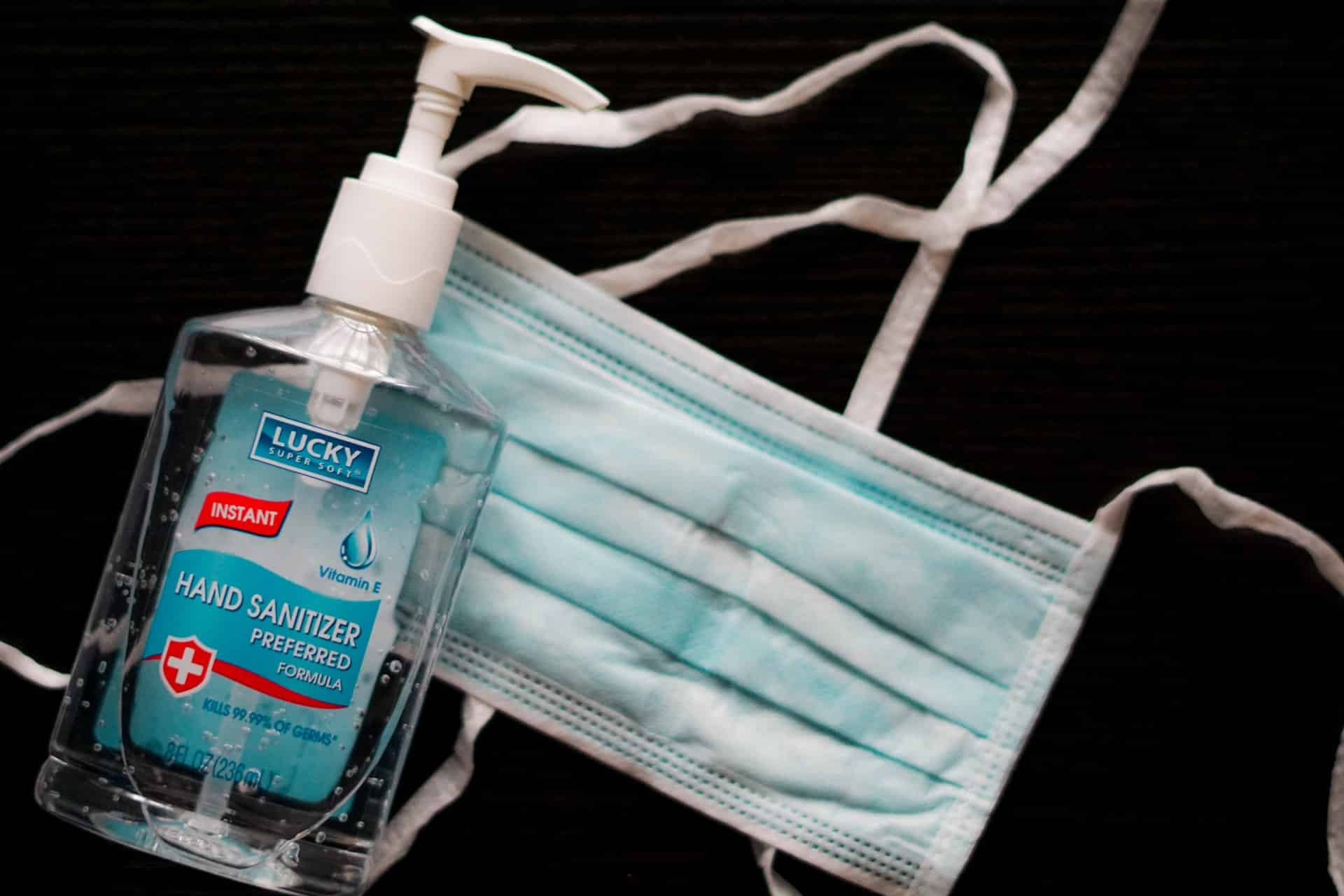 Businesses are frequently able to demonstrate the innovation and agility necessary to spot solutions, and the UK Government is funding grants of up to £50,000 to technology and research-focussed businesses ‘to develop new ways of working and help build resilience in industries such as delivery services, food manufacturing, retail and transport, as well as supporting people at home.’ Innovate UK are inviting businesses to compete to win a share of a £20 million pot to kick start lateral-thinking projects, so expect to hear more about companies investigating what more they can do with what they already have.

Technologies that have been around for a while have found new uses against the novel problem of COVID-19: 3D printers are not exactly a household item, but many schools, colleges, and businesses have them. No longer a gimmick, 3D printers have serious applications from printing specialised tools and prototypes to biomedical applications. We were impressed by stories of teachers and lecturers around the country using their 3D printers to make protective gear for NHS staff.

The problem of getting these masks to hospitals is not capacity, it is communication of need, availability of design and delivery of the finished product – all of which have already been overcome: apps are useful ways of communicating and monitoring needs, designs can be sent by email and delivery is an increasingly efficient process thanks to consumers’ love of internet shopping; the only difference is that rather than moving stock from a warehouse to thousands of customers, there needs to be a way to shift stock from dozens of manufacturers to one central point – a supply chain issue. Using the principle of everybody making a small contribution, this distributed production line could be an attractive solution to all kinds of business needs long after the COVID-19 crisis has passed: no more waiting for that spare part to come in from a specialist manufacturer in a foreign country, it can just roll off the nearest 3D printer.

Away from industry, we are also seeing how local communities are coming together. Anecdotally, we’ve heard stories of elderly and lonely people who have been contacted by neighbours offering assistance, building bonds that will outlast the immediate crisis. Facebook groups have sprung up offering help for self-isolators and sharing resources from books to an over abundance of toilet roll. Although these things are hard to measure, there does seem to have been a sea change in how people now think of front-line workers such as delivery drivers and supermarket workers. After the immediate crisis is over, it will be a foolhardy politician who attempts to damage the NHS, an institution that can move millions of people to grateful applause every Thursday night at eight o’clock. 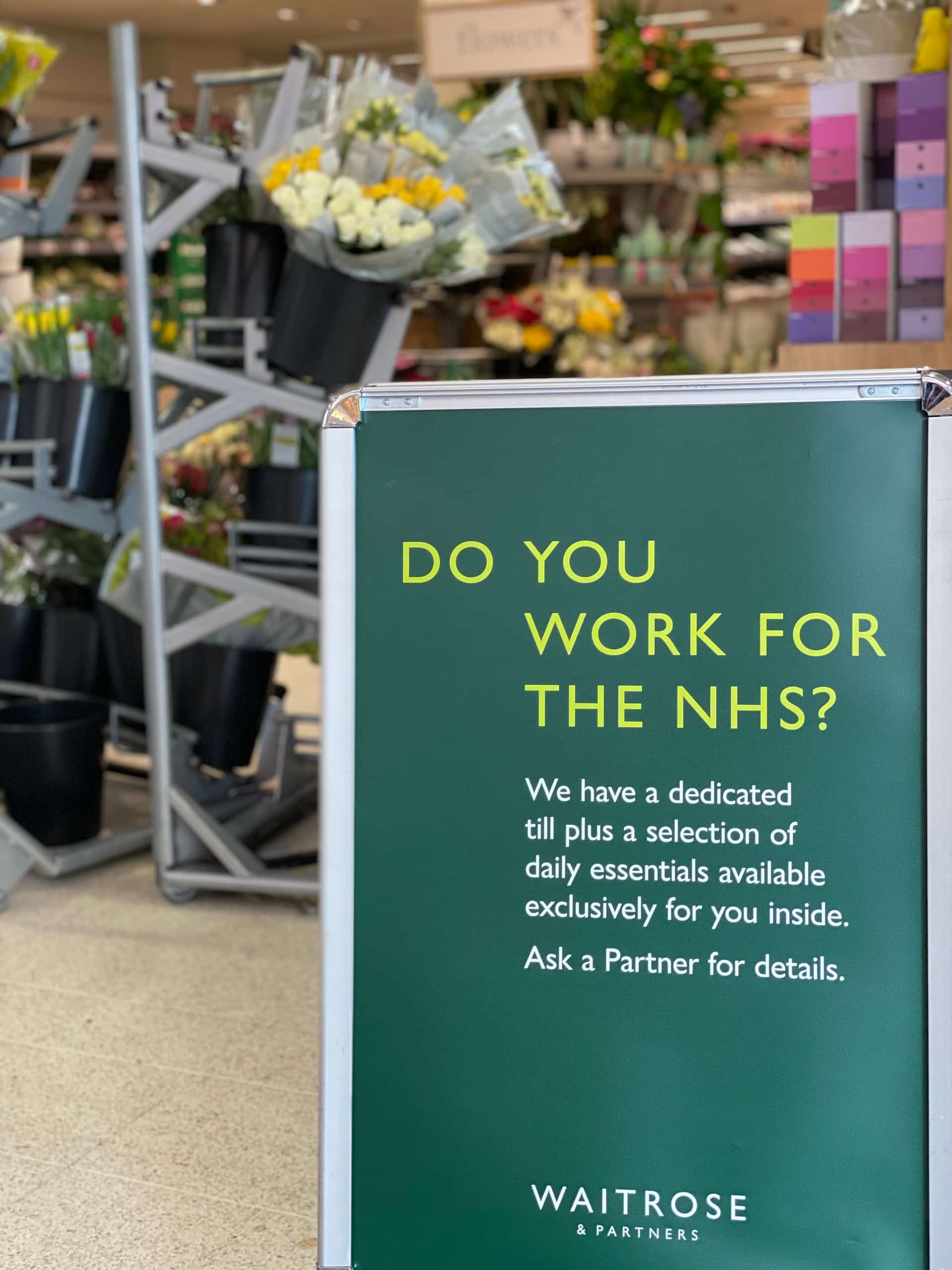 For initiatives that require more complexity than neighbours checking in on each other, the Royal Volunteer Service are coordinating a huge effort: initially aiming to recruit a quarter of a million volunteers, the charity reported 750,000 sign-ups within two days. Another organisation, COVID-19 Mutual Aid is coordinating hundreds of grassroots organisations around the UK. The last time we saw mass volunteer action like this was during the 2012 Olympics, and we can expect in the coming months further proof that when the chips are down, heroes and heroines will step forward.

Longer term trends may be built into the architecture of our lives. While new build homes have been getting smaller over the last few decades as a result of higher land prices, working from home could push new builds of the future to include extra space for an office if it becomes the norm. Forget working from the kitchen table: if your home is also your workplace, a spare room will only be a nice-to-have, until customer demand drives an office to be a standard feature within a decade.

Most profound of all, however, will be the change COVID-19 has on the attitudes of the generation who are coming of age through it. In a world where there are fewer sureties, the worst predictions of environmental scientists look more possible. The lockdown is just a taste of the chaos that climate change can unleash. Losing a parent, family member or friend is never easy. With many stories of people of all ages dying as a result of COVID-19 and being denied a proper goodbye with funerals held in private and heavily restricted, it’s a reminder that this crisis has a real human cost. We should expect anger and fear, and let this be expressed in healthy ways. We all want lockdown to end, to get back to work, rebuild our businesses, and go on holiday. For others, the end of lockdown will be the start of being able to grieve properly.

After the lockdown has ended, there will be a reckoning. There must be time for mourning. We will see some of our old assumptions in a challenging new light. We will celebrate our heroes and heroines and reevaluate our villains. And when all this is done, in ways big and small, life will be very different indeed.

We have coached individuals and teams in communication and crisis media management for many years, and this crisis has shown that there are some who have behaved well, some who have behaved badly, and plenty who have not handled delivering bad news well. In a crisis, misinformation can run rampant, and we’re not going to give the conspiracy theories the oxygen of publicity here. In the rebuild, there will be more need than ever for businesses to communicate how they have changed, how their values fit into the post-lockdown world and when things don’t go to plan, what they are doing to put things right. With customers already vowing to support or boycott companies based on the perception of their behaviour in this crisis, getting the messaging right when there is little margin for error is critical.

Stories of collaboration, co-operation and co-opetition are not only helping in the current crisis, they are also inspiring other businesses to think how they can divert their own manufacturing and creative abilities into helping us get through these surreal times. Businesses that have been struggling with change and transformation projects may be able to use this moment as an opportunity: it’s hard to make changes while everything is in motion and some companies may return from this hiatus with a radically different architecture, a renewed sense of purpose and digital-first outlook. Change is necessary for businesses, because customers will have certainly changed their priorities as well.

This article also appears on the PS Programmes website.