Crisis communications – because saying nothing is not an option! 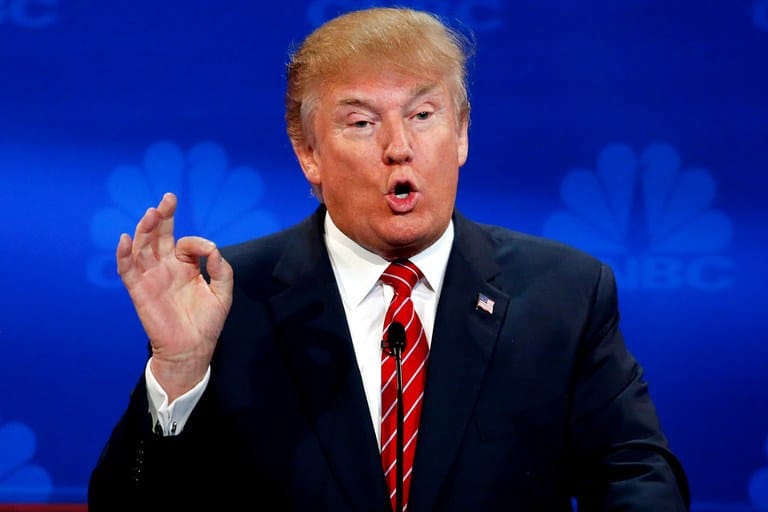 Donald Trump has made many of us in the communications business shift uncomfortably in our seats in the last couple of years.

When Trump became President, he pretty much took the standard advice of the speaker coach, screwed it up, and threw it back in our faces: be clear in what you mean, we said. Own your authority on what you’re talking about, we said, and admit when you don’t. Thank other people, be the best version of yourself you can be, give people something to aspire to.

As a speaker, Trump is boring, repetitive, ill-informed, divisive, unaffecting and a million other things that we’d warn you away from. Clear message? No, he rambles and repeats, so that people take away what they think they’ve heard. Authority? Nobody has better advisors than the US President, but Trump’s commentary sounds like he glimpsed a headline over someone’s shoulder. And as for being the best version of yourself, the president’s crossed arms / bottom lip out pose is familiar to anyone who’s ever tried to get a four-year-old to eat their greens.

But you might reasonably say, he did win the election, and that’s got to count for something, right?

Fortunately, we tend not to focus on the nuts and bolts of what makes a good speech. Our main focus is on the relationship you build with the audience. If public speaking was all about getting the tone right, Lost Voice Guy Lee Ridley wouldn’t have won BGT. If it was all about eye contact, former Home Secretary David Blunkett wouldn’t be a compelling speaker. When your relationship with the audience works, you can break the rules. Trump blunders through the rules of public speaking – (and possibly a few other rules too, but now’s not the time!) – able to do so because of the relationship he has with his particular audience.

The second thing we advise is that you tell the truth, because if you don’t, it will come out in the end, and if you’ve been less than honest, that will be your legacy. Trump’s drubbing in the mid-terms looks a lot like chickens coming home to roost; despite inheriting an upward-trending economy, having made himself popular with corporate America by handing them a chunky tax cut, enjoying a period of relative peace and a caravan of bogeymen (of his own invention), the President of the United States (POTUS) has come badly unstuck. He’s good at winning votes, it seems, less good at the actual business of being president.

It’s a sort of ‘how not to do it’ lesson in crisis communications: quick to find someone, anyone to blame while the crisis is still unfolding, and rolling out an easy answer: they should’ve done this, that or the other, he says, bolstering his claim that he has the answers, that he alone can fix the problem. The problem is that he looks like he’s trying to distance himself from the crisis and he has to create more news before people start to look back and judge what his response to the disaster was. Pointing the finger can only work for so long when you’ve taken command. There used to be a sign on the Oval Office desk that said ‘the buck stops here’. Trump looks like a man who’s constantly throwing it at whoever happens to be nearby.

The hurricane and the wildfires were not of Trump’s doing, but he could’ve brought people together. He could’ve delivered a stirring speech about the indomitable spirit of the United States to face adversity. In California, he blamed the disaster on forest mismanagement, invented a discussion with the Finnish Prime Minister and got the name of the town he was standing in wrong, calling it ‘Pleasure’ when it’s actually ‘Paradise’.

But you take away from Trump whatever you bring; and if his audience wanted to believe he was saying the right thing, that was good enough for them. Preaching to the converted is easy for any leader. Persuading the opposition is the true test, and it’s a test Trump utterly fails.

Failure to bring people together is many things, but above all, it’s weak leadership. It shouldn’t be a big leap for someone to support what their leader is doing in a crisis. Post-natural disaster, it shouldn’t be difficult to say a few words that most would agree with. ‘Capturing the mood of the nation’ doesn’t have to be difficult; it just requires saying something human.

From the outside, crises look like they should be easier to manage. They are chips-down situations where you show what you really care about. A crisis makes us step up to the plate and deal with a situation.

When the BP oil spill disaster ran into weeks, the CEO, Tony Hayward said – “I’d like my life back.” Part of you wants to empathise. The other part recognised that some people affected wouldn’t have the luxury of ever ‘getting their lives back.’

Politicians are often accused of being careful with their words, but there is a lot to be said for not jumping the gun before all the facts are known. You can survive being proven wrong when the facts change, but you can’t really wiggle out of speaking prematurely. Trump’s public rhetoric is like listening to a pundit on a news show. Their job is to entertain and critique, but there’s a reason why these people usually don’t go on to leadership roles for themselves: they still have just about enough self-knowledge to recognise that a clear view is a lot harder to keep when you’re close to the action.

Public speaking and leadership go hand in hand. If you are a great leader, you’ll need to ensure your public speaking communicates it. If you’re a bad leader, bad news: it isn’t going to save your skin.

Above all, as POTUS is showing us, you can’t construct your own reality in which you are inevitably the hero and think other people will always buy into it. Ironically, the leaders we look up to the most are the ones who know how human and fallible they can be.

You can’t fool all the people all the time. The question is, how many people can he fool some of the time? And, if he believes the things he says, for how long will he be able to continue to fool himself?