How to…Speak to a parliamentary select committee

Though some of us will have seen the bawdy Prime Minister’s Questions every Wednesday at 12 noon, a lot of parliament’s work is done in select committees. A select committee is made up of a number of members of parliament, and deals with particular issues relating to the governance of the country. They are often investigative in nature, some are long standing (such as the Economic Affairs Committee, or the Science and Technology Committee), others collect data or evidence to cover a particular issue, and dissolve immediately once they have reported back.

Why are they important?

The findings of a select committee often inform new legislation, and occasionally feature prominently on the news: following the collapse of retail giant BHS, Arcadia Group’s Chairman Sir Phillip Green was asked to give evidence to the Work & Pensions and Business, Innovation & Skills select committees (now known as Business, Energy and Industrial Strategy) at the House of Commons.

Other notable appearances over the last few years have included Facebook’s chief technology officer Mike Schroepfer (on the Cambridge Analytica data breach), Rupert Murdoch (on phone hacking – at which he got a pie in the face), and former BBC Director-General George Entwhistle (on the Jimmy Savile affair).

Unlike court hearings, the witness is not under oath and committee members combine the roles of investigator, judge, jury and cross-examining counsel.

The select committees are gaining a more prominent role. Indeed The Guardian calls them ‘the best thing about the parliamentary system’, noting that ‘independence and experience are beginning to matter’ more in being appointed to chair a committee, ‘than a record of party loyalism or the patronage of the whips… the independence of the committees should not be exaggerated or romanticised. But [some] chairs displayed tenacity and bold thinking that helped illuminate big policy issues in the last parliament.’ 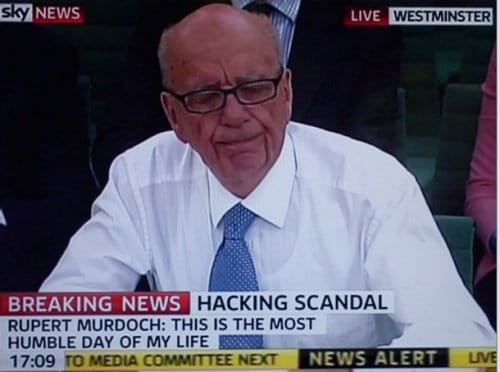 While the committees can sometimes be quite adversarial in nature, you’re not in front of a judge, and you’re not in imminent danger of being sent to prison. They can, however, be as stressful as giving evidence in a court appearance.

The parliamentary select committees don’t often make it to the nation’s television screens unless there is something particularly newsworthy about them. You are unlikely to become a household name overnight following your appearance at one. But the people who are paying attention will be the ones who really matter: colleagues, staff and shareholders. So remember that although what you say and do may not make great changes to the wider world, they could certainly have a big impact on your organisation – and your future role within it.

Select committees don’t pull their punches when they make conclusions about your actions: Rona Fairhead, an HSBC executive and (now former) chair of the BBC Trust, was judged ‘totally incompetent’ and told to resign by Public Accounts Committee chair Margaret Hodge, while Rupert Murdoch was described as ‘not a fit person’ to be running a major international company. Warren Buffets’ ‘it takes 20 years to build a reputation and five minutes to ruin it’ springs to mind.

But an appearance isn’t always bad news: ‘When done right, parliamentary hearings and public inquiries represent a unique opportunity for business leaders to state their case,’ says Cloisters Barrister Ed Williams QC. ‘That didn’t happen with Mark Zuckerberg, whose refusal to appear before a committee became a story in itself. It hasn’t helped his business, and the incident is even being used as evidence that he should step down as the boss.’ 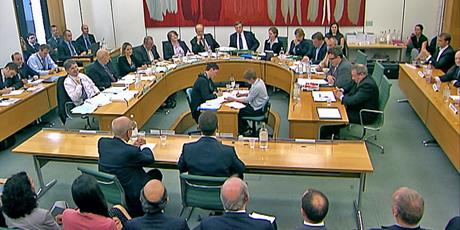 It’s important to know in advance about what to expect on the day – where you need to be and when. Committee staff will contact you to inform of any administrative arrangements but ask questions so you are completely familiar with the process to give yourself peace of mind.

The British Parliament has a web page that gives you information on what to expect as a witness. Committee staff will usually be able to give you an informal briefing highlighting potential lines of questioning. Don’t necessarily expect the committee to stick to this line; if you’ve ever been in an interrogation situation, you’ll know that it’s a standard technique to wrong-foot a witness with a difficult left-field question, or seemingly inconsequential detail. This is why it’s imperative to…

Building a narrative is important.

Watch out for what we like to call ‘editorial’; this is putting a spin on the facts to suggest motivations that may not be the case. Let’s imagine a scenario in which there has been an accident at a remote location, and the CEO is giving evidence about health and safety procedures.

Committee: You knew about the incident for 24 hours before issuing a statement. Why did you ignore it for so long?

Witness: I was not ignoring it; we had one isolated report of the incident and I was awaiting further advice from experts before making a comment that could’ve inflamed the situation.

In this example, the committee member is trying to get the witness to admit to ignoring a situation – which they corrected. If this is not addressed at the time, you run the risk of having it brought up later:

Committee: You say you were asking for advice, but a few minutes ago, you admitted you ignored the situation for 24 hours before issuing a statement. Why are you changing your story?

We counsel that this ‘editorialising’ is a tactic that can be used to trip the witness up – and witnesses are in danger of tripping themselves up if they engage in it themselves. Better, we think, to stick to the facts, be aware of editorialising, and avoid it where possible – in yourself and others.

In preparation for an appearance before a select committee, make sure you are intimately familiar with your narrative – and that it can withstand stress testing.

You don’t need a spreadsheet in your head, but you do need to know the numbers that matter: ‘As soon as I heard of the incident I did THIS, and within 24 hours we had ensured THAT.’  It can help to have a timeline of key events, and any other important statistics, documentation and data, which may be submitted to the committee in advance.

Know who’s in the room

Find out who is on the committee and be aware of any particular angles they are likely to take.

As already noted, it isn’t the job of a select committee to give the government the answers they necessarily want to hear, so you shouldn’t assume any member is ‘safe’ just because they happen to share your politics.

Some members do have a reputation, however, and if you think they are going to go after you for a particular reason, it makes sense to prepare yourself for a robust line of questioning. 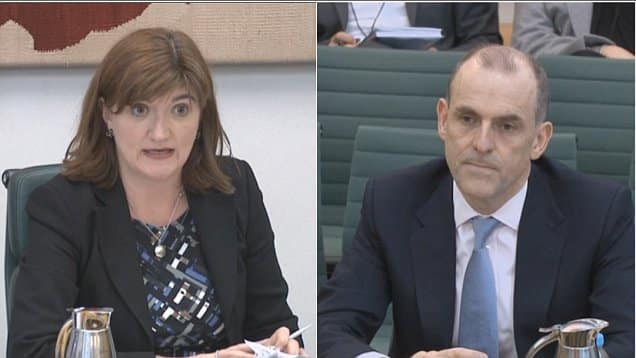 A lot of the hazards of making this kind of appearance are tied up with nerves.

We counsel that as a speaker you should always be in control of your space and assume authority. In a courtroom or select committee, the power is not your own to assume. You need to have authority over your story, your facts. The committee is there to find out something, so you need to represent yourself as a credible source of information. 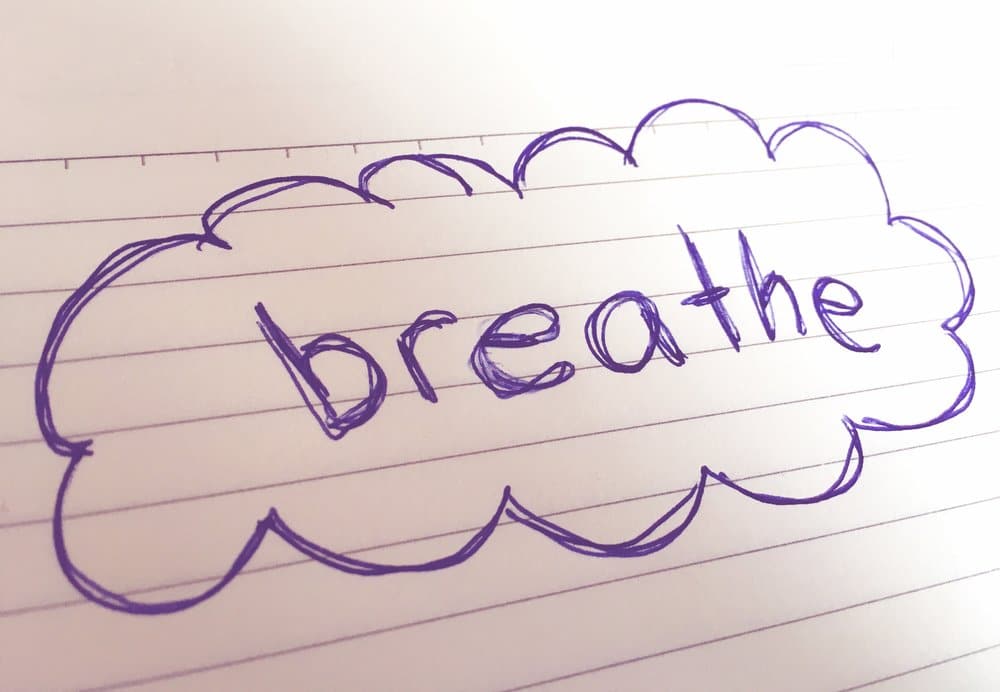 The most important thing to remember with nerves is that you can control them at least to some extent. You can start by recognising that you are getting nervous which begins to give you a basic level of control. Beyond that, you can remember to breathe deeply (the more nervous you get, the shallower your breathing becomes so make a conscious effort to breathe slowly and deeply).

Think back to your preparation: the better prepared you are, the more confident you will feel.

The committee members may become antagonistic, attempt to rile you and get you to say something you will later regret.

The more they push you, the more you need to control your responses.

Under pressure, it’s tempting to say something that you don’t mean, don’t know or can’t deliver. It is useful to be aware of this, so that you don’t make a promise you can’t keep or weaken your position by saying you will ‘try’ to do some thing.

The balance you need to strike is to be deferential without being a push over, helpful without giving too much.

We often say that when you are communicating, it helps to imagine that you are the host of the party, and to treat the audience as your guests. The shoe is on the other foot here – they are the hosts, you are the guests, and you might not feel that you’re at a particularly warm party. It can, however, be helpful to imagine that the baton is being passed to you, and that you have control while you are speaking, before stepping back into the ‘guest’ role when you hand the baton back.

You will almost certainly find that you have to explain something to people that they don’t understand; keeping the tone polite, informative and respectful will serve you well, even if you feel you’re taking people who should know better right back to basics

Correct mistakes ASAP. If you have unwittingly made a factual error, it’s better if the correction comes from yourself, quickly.

Do not let inaccuracies from the committee members stand (this goes along the same lines as understanding your narrative).

If you said you’d do something, do it: whether that’s providing further information, or changing a policy within your organisation.

Respond to aggression with calm.

Communicating effectively is the most important skill you can have in work and life. When you are in a position of authority, it isn’t merely a ‘nice to have’ – it’s an essential component of your leadership.

The higher the stakes, the more important it is to communicate at your best. Preparation with people experienced in communications – whether you are appearing in the media, at conference, or before a select committee, regulator or public body – will help you convey your message – and not become a part of someone else’s narrative.