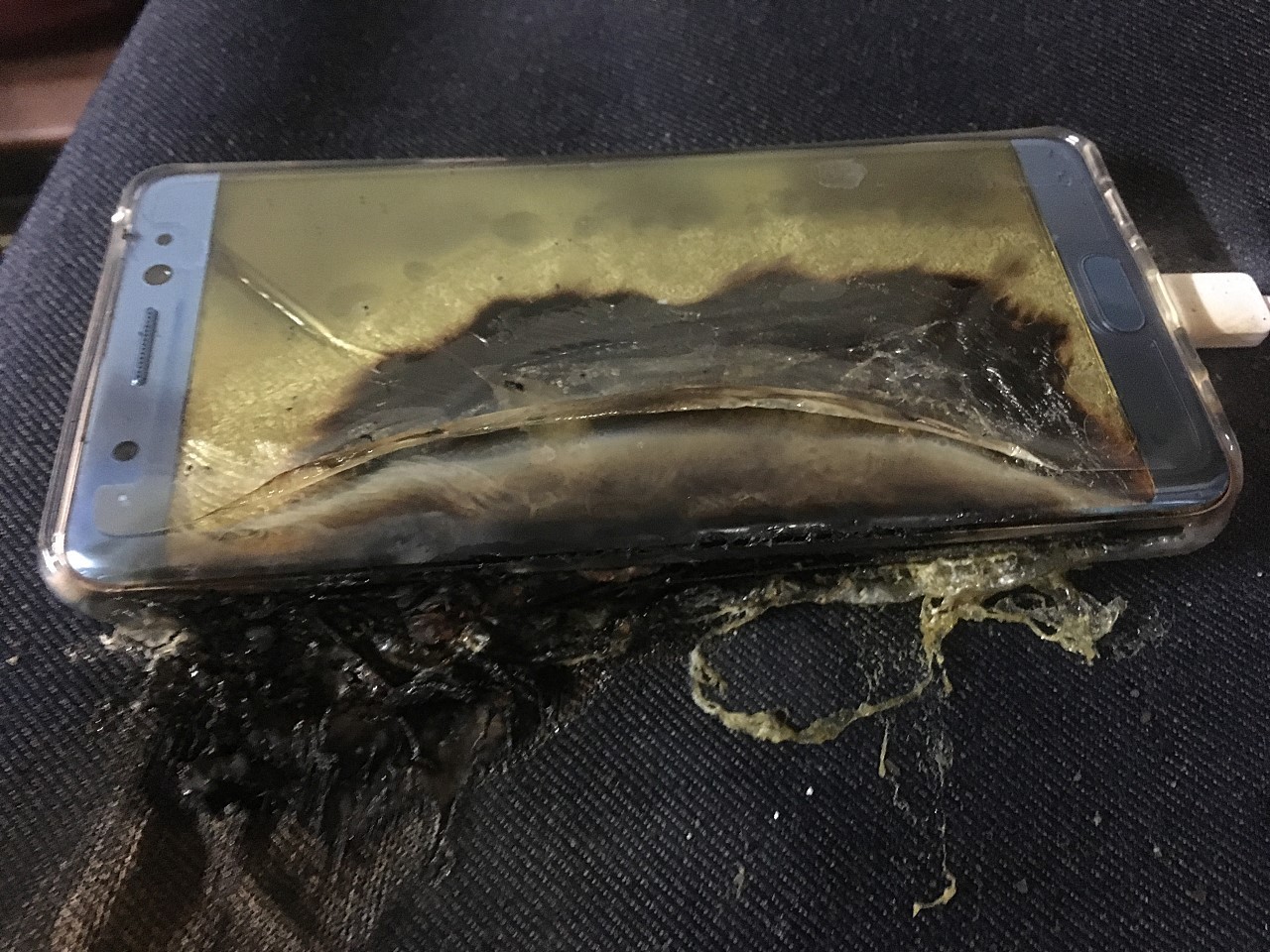 The writing was on the wall for the Samsung Galaxy Note 7, and I had an inkling that all might not be well when I returned from the Sibos financial conference in Geneva last week. As the plane prepared for takeoff, the cabin crew advised passengers that ‘all electronic devices should now be switched to the airplane safe mode’… but advice for anyone in possession of a Samsung Galaxy Note 7 was different, ‘please switch off this device immediately’.

After a lot of very positive reviews, the headlines for the Samsung Galaxy Note 7 took a nasty turn when some of the handsets started bursting into flames. Under these circumstances, a company usually recalls the faulty product, replaces it with one that works properly, and complains quietly internally about the dent in the profits. So, what makes this situation different? Replacement handsets with the ‘problem fixed’ have also been exploding, and nobody at Samsung seems yet to have an explanation why.

BBC Technology Correspondent Rory Cellan-Jones wrote in his article, ‘You can bet business schools are preparing to use the inflammable Note 7 as a case study in crisis management,’ citing the original product recall as being regarded as impressively efficient, and the subsequent issues with the handset as bringing on a fiasco.

Indeed, at PS Programmes we counsel at our Crisis Media Management workshops that it is not the job of a media spokesperson to paper over the widening cracks of a collapsing business. The fist thing to do in crisis is to start dealing with the crisis itself – and only then can you communicate what it is that you are doing about the crisis in a way that protects your brand’s reputation. Saying the right thing is not a substitute for doing the right thing, and if what you do and what you say are completely different, you will eventually be found out and most likely hung out to dry.

Samsung’s problem is nothing less than a lack of control. As the devices we have in our homes and carry about in our pockets get more sophisticated (Arthur C. Clarke: ‘Any sufficiently advanced technology is indistinguishable from magic’), we put more faith in the manufacturers to look after our best interests and to keep us safe at all times. In The Guardian, Richard Windsor, an analyst with Edison, was quoted as saying, ‘The fact that Samsung appeared to still be shipping defective devices could trigger a large loss of faith in Samsung products.’

The damage is spreading: a story in the Independent cites allegations about Samsung washing machines being sold in the US that are also prone to causing fires, and hints at a cover-up, ‘A lawsuit filed in New Jersey in August, claims that the company has moved aggressively to collect and destroy all evidence of the defective machines after they exploded.’

According to the New York Times, the faulty Samsung Galaxy Note 7 has knocked $17 billion off Samsung’s market value, and the paper hints at what the real problem might be, ‘Two former Samsung employees, who asked not to be named for fear of retaliation from the company, described the workplace as militaristic, with a top-down approach where orders came from people high above who did not necessarily understand how product technologies actually worked.’

So there we have it: a problem with one product out of dozens produced by a global, trusted brand has exposed even greater problems, entrenched deeply within the structure of the company itself. The exploding smartphone is no longer a problem in the consumer’s mind – it is a symptom of a business that is sick to its very core. And nobody wants to catch this particular bug.

Containing the damage during a brand crisis is difficult. When I first sat to write this article, for example, I found myself interchanging freely between using ’Samsung 7’, ‘Galaxy 7’ and just ‘the Samsung smartphone’ as the name of the device before combing back through what I had written and correcting the name to the actual device at fault: the Samsung Galaxy Note 7. Unfortunately, the consumer’s brain often isn’t quite so interested in the detail of correct names as I am (and as Samsung’s lawyers undoubtedly are too).

The pressing question in need of answering now is – just how far along the chain of the Samsung’s product range will consumer confidence be tarnished? Would consumers feel uneasy buying, say, a Samsung Galaxy Note 8? Will Samsung have to drop the word ‘Galaxy’ in their next model? Or will they have to lose the word ‘Samsung’ altogether? And how will this affect consumer confidence in Samsung as a brand – all those televisions, speakers, laptops and washing machines?

To add to Rory Cellan-Jones’ sentiments, this latest disaster for Samsung really is a business student’s dissertation waiting to be written.