Come fly with me: without disruption or delay! 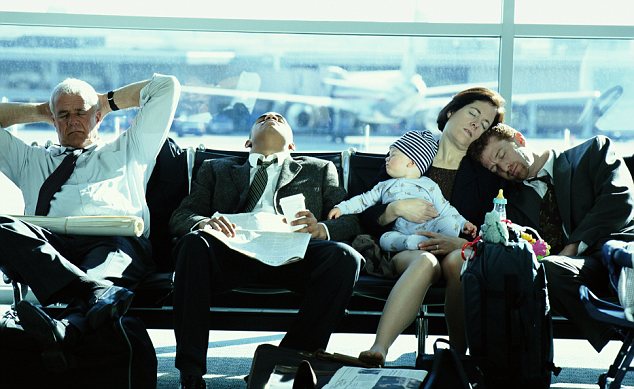 The more complex the machine, the more likely it is to go wrong. And with that thought in mind, we’ve been through a forehead-furrowing number of airports in the last few months as conference season really gets underway.

As millions of people go through the system, thousands of planes come and go, and untold numbers of workers seen and unseen make it all happen. Somehow. Throw in the variables of human error, wear and tear on plane parts or just poor weather and chaos can break out from where it was being held delicately in check.

It’s enough to make you fall on your duty-free Toblerone for reassurance.

In a complex system, small breakdowns can take a long time to put right across the system as a whole: in February, an oil spill closed London Gatwick’s runway for less than an hour – but passengers found themselves stuck on their planes for considerably longer.

When a second Gatwick closure more recently, many started to ask if Gatwick should really be getting another runway if it can’t look after what it already has. One company did manage to earn a few PR brownie points though, or better put, PERi-PERi points, on the back of the crisis. Top marks to Nando’s for gallantly staying open late to feed delayed passengers!

Even more troublesome was an incident last September when an engine fire on a London-bound Boeing 777 at Las Vegas airport caused chaos. The incident in which 14 people were injured, now even has its own Wikipedia entry: British Airways Flight 2276.

And then there was, of course, the snow at London Heathrow airport in 2013.

Time and again, the main complaint from passengers is that they are not kept informed about how events are unfolding: is it worth waiting for a plane that may never leave? Or is it best to decamp at the earliest opportunity and relax away from the scene of the crisis?

Knowing how to deal with a crisis may sometimes only be figured out when the crisis itself is actually happening, but having a strategy and knowing how to disseminate information properly is something that can be planned well in advance. A crisis communications plan is not just a ‘nice to have’: it is vital so that you can communicate with passengers who are inconvenienced, and maintain your reputation as the media will be door-stepping your CEO before you can say “delays expected”.

At PS Programmes we advocate a clear strategy when dealing with the media during a crisis:
• Always prepare a holding statement at the earliest stage
• Establish credible lines of contact
• Keep your messages clear and consistent
• Work with the media – rather than treating them as the enemy
• Always be available

The news might be bad, but you must present your organisation’s side of the story has clearly or the media, the public and your competitors certainly won’t pass up the opportunity to make the most of your misfortune.

Aside from the mainstream media, you should also think about the different ways in which media is now consumed. In this age of lightening-fast smartphone technology, would-be passengers may well be watching the crisis unfold on their device, with up-to-the-minute information, while an airport employee standing in front of them is none the wiser.

By ‘media’ of course, we include ‘social media’ and it is imperative that you use your organisation’s social channels responsibly to share accurate and clear statements (and post replies to comments if appropriate). Establishing and sticking to a hashtag is one useful way of managing information and helping to protect your reputation. Twitter is a law unto itself, but it is better if you stick to a hashtag like #AirportDelay or #AccidentUpdates rather than #AirportDebacle or #CrashLatest.

Your partner brands – like Nando’s mentioned above – may find they are pulling out the stops to help you, and social media is a good place to say thank you.

Mobile devices are also a fantastic way of rearranging plans, working on the move (and playing Candy Crush or FarmVille) – which may all sound glib, but an occupied passenger is one who is not actively causing a problem. Tempers tend to fray as batteries run out, so the airport that responds with a reliable way of recharging devices gets our vote.

The problem with airports is that so much of what they offer is strictly limited for regular passengers. It is, after all, one of the tactics they use to generate Business Class ticket sales. The problem is that regular passengers – forced to sit for hours on deliberately uncomfortable seats, their 45 minutes free WiFi long since exceeded – are the ones who will cause you the biggest headache. In the Business Class lounge, passengers may just shrug and order another G&T to nurse their woes.

The real challenge of crisis media management, particularly where social media is concerned, is recognising that individuals can have a significant impact on your brand if they have a bad experience. The world has changed: it is no longer possible to spin the story in the right way to a handful of journalists and hope for the best. Whatever your business, in a crisis situation, thinking of the impact on the people on the ground and mitigating their discomfort – in small, but meaningful ways – can shift the story away from the crisis and onto your positive values as a brand.

Must dash, delayed flight to catch!