How to be politically neutral until the EU referendum 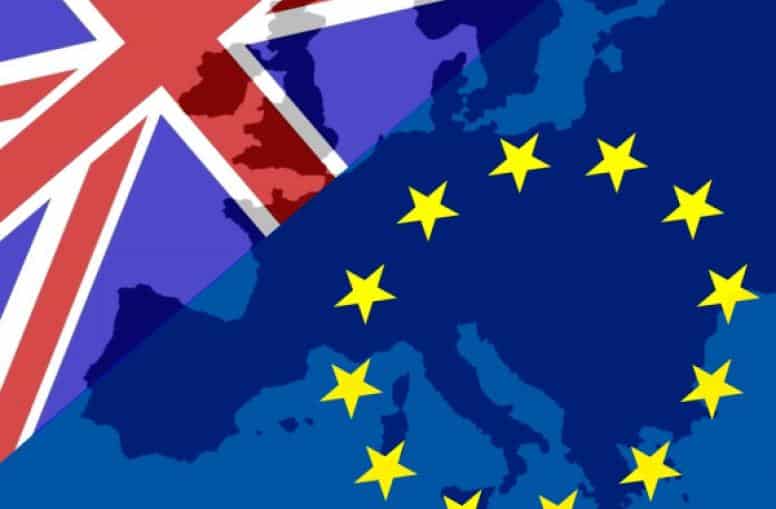 The date for the UK’s historic referendum on continued membership of the European Union has been set, and those of us who are politically neutral by profession are going to have to watch our mouths closer than usual. Neutrality is sometimes an uncomfortable place to be – you’re more likely to be viewed as an enemy than an ally, and the more argumentative the person you’re dealing with, the truer this is. But take it from us; although neutrality is great for the interviewer, it’s also very helpful to grease the wheels of social interaction, particularly over something as divisive as the EU.

We always endeavour to be politically neutral with this blog. Sure, we’ve singled out the occasional politician for praise, and sometimes criticism, but always (we hope) with the remit of PS Programmes foremost: it’s not the content that we’re concerned with, so much as the delivery. More than once we’ve highlighted a particularly skilful speaker with a slightly heavy heart, as we wonder why they cannot use their talents for the greater good. But that’s only our opinion.

Here, then, are a few ways of keeping solidly on the fence, however tempting the grass on either side might be. Fence-sitting, when done with panache and style, is essential for the professional interviewer. There are bound to be plenty of social gatherings between now and the announcement of the referendum result where keeping your opinions to yourself would be a wise choice. At best, by remaining neutral, you can keep in the good books of a host who realises with dread that the notorious bore who has found their way over to you is the worst company after six glasses of red wine.

Avoiding Arguments
The dullest of conversations often involve ‘True Believers’ flinging their opinions at one another. Generating plenty of heat and noise, and very little light. If you’re in the cross fire you’ll be invalided off the battlefield long before the real combatants have settled into a grouchy stalemate.

A good way to find out whether you are dealing with a ‘True Believer’ is to ask a very simple question: ‘What would it take to convince you that you are wrong?’ If the answer is ‘Nothing’, then you might as well talk about something else. You might investigate why they feel as they do, or how they would cope when things don’t go their way, and all of this can be discussed with a neutral approach.

So long as you are not moderating a debate in front of an audience, you can let two ‘True Believers’ have a go at each other for hours on end. They will have a fun time and quite possibly leave as the best of friends as barristers on opposing sides of a court case often are.

Measure your words
Does one side of the debate have a particular trigger word? In the EU debate, ‘bureaucrats’ is the word that springs to mind for the ‘out’ campaign, while the ‘in’ team is going with ‘safer’ and associated synonyms. Words and phrases can take on a life of their own, and come adrift from their original meaning. ‘Education, education, education,’ was all very laudable, but if you were critical of education policy at the time, you’d find yourself being accused of being ‘anti-education’ – even if you were in fact suggesting a better way of doing it than was being proposed.

Being aware of these words, and avoiding them wherever possible, is a good strategy. When moderating, it’s vital to keep an ear attuned for such words, as they are often used as a sort of code, and it’s sometimes more illuminating to drill down and find out what these words mean to the person who is using them. In the US elections, it’s currently in vogue for the Republican nominees to say that they are ‘taking our country back.’ We are not sure quite what this means: back from who? Back from where? Back from what? It’s vague – but vague can be useful if you’re trying to appeal to a broad group of people, as they can project their own meaning on a meaningless slogan.

Words and phrases like these can turn into cliché, and you can sometimes spot someone who has trotted out a phrase so often, they will parrot it on autopilot when it is out of context, makes no sense, or to make a completely unrelated point. While he was Labour leader in the UK, Ed Miliband seemed to respond to casual questions with responses honed to within an inch of their lives at Labour HQ, which gave the impression that… well it’s hard to say. Judge Ed Miliband’s performance for yourself.

A cliché always makes us think that whoever is using it has temporarily ducked out of responsibility for their own thoughts, and if you’re on the cusp of one yourself, it might be worth taking a moment to think about expressing yourself differently.

As George Orwell once said, ‘Never use a cliché unless you are coining one.’

When one side claims ownership of a word (like ‘bureaucrat’ or ‘safer’) they should be mindful of how they use them. If you’re being deliberately neutral, using one side’s words without clear inverted commas makes you sound as though you have picked a side.

‘I don’t follow football’
This is the nuclear option of neutrality, and familiar to anyone whose circle of friends includes a decent number of football fans: whenever discussion of teams is in full swing, someone will be asked, ‘who do you support?’ And will respond, ‘I don’t follow football.’ All within earshot will drop their jaws and a good many seconds of shocked silence will fall on those assembled.

We have never seen cricket fans, rugby fans or music fans react with quite such intense incredulity. * (See footnote)

‘I don’t follow football’, or whatever equivalent phrase you find yourself deploying, remains the gold standard when it comes to avoiding arguments, as declaring yourself independent from the entire debate forces whoever you are talking to into explaining why the debate matters in the first place. Very much like measuring your words, you can position yourself into talking about the debate rather than engaging in it. Two questions that are guaranteed to get interesting answers are: ’What do your opponents say?’ and ‘Why do they say that?’ Very occasionally, you’ll see someone entertaining a notion that they might not have previously considered.

1. Don’t… Attempt to lighten the mood with trivial arguments
Yes, the EU referendum ‘out’ campaign necktie is a hideous clash of colours that is upsettingly garish, but if you say that, you will get a face full of hard facts from someone who is taking all of this much more seriously than you.

2. Don’t… Leave your true feelings to the last moment
Either you have a horse in the race or you don’t. It’s better to kick yourself for not saying something you believed in all the way home than it is to leave everyone feeling (rightly) that you misrepresented yourself and only showed your true colours as you were walking out of the door – a bit like Michael Gove and Boris Johnson inviting speculation right up to the 11th hour before announcing their intentions in the EU referendum campaign. Experience tells us that this flash of opinion often manifests as a joke, and jokes can too-easily fall flat, be misinterpreted and occasionally backfire. You’ll be talked about after you’ve gone, and it won’t be complimentary.

3. Don’t… Get personal
Disliking someone whose opinion you disagree with is easy. The higher path is to find the likeable and admirable traits in someone whose opinions are different from your own. Seeing Jeremy Corbyn share a stage with David Cameron on the EU issue may make you think rather better of whichever one you currently like the least. Speakers are more likely to persuade people with their principles than by airing personal grudges against someone.

Finally…
Neutrality doesn’t have to be dull. Properly deployed, it can shed more light on someone’s opinion that a tough adversarial stance. You’ll often learn more about someone’s argument and their character by taking the softly-softly approach, and if you happen to disagree with them, understand why their choices are different to your own. You are more likely to spot the flaws in your own arguments – and if you find yourself saying, ‘this is my view and no evidence to the contrary will change my mind on it’, ask yourself why that view can appeal to you even if the facts themselves don’t?

The EU referendum on whether Britain should remain in the European Union is to be held on Thursday 23 June.

* I support QPR, if you must know.