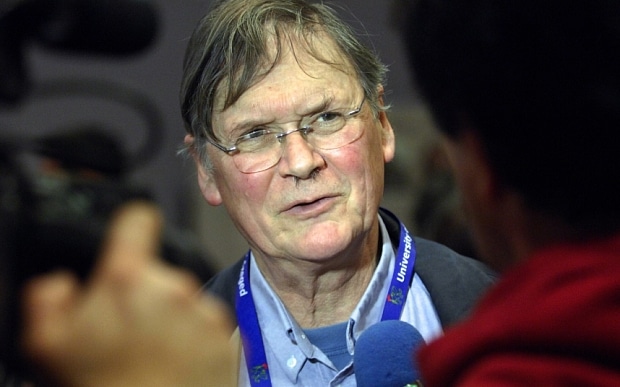 It isn’t every day that we let the blog slide into cinema review mode, but last weekend, myself and the popcorn addicts of the PS Programmes team took in a British movie called Pride.

During the film, the fundraisers find themselves at the sharp end of a smear campaign by the right-wing, anti-gay tabloids. The lead actor Ben Schnetzer, playing activist Mark Ashton, reads out an editorial which you’d hope was a product of the writer’s imagination but which was in fact published in The Sun, headlined ‘Perverts support the pits’. Whilst one character flinches from the word ‘perverts’, the other responds that the LGBT community has a long history of taking insults and turning them into affirmations. And so the ‘Pits and Perverts’ fundraiser was born, cash was raised, Bronski Beat was danced to, and if the strike wasn’t won, then at least the village survived the battle.

When you’re fighting a PR battle, a sense of humour can get you further than going through the ‘correct channels’. We were thinking particularly of Sir Tim Hunt, Nobel Laureate, and unfortunate owner of the following words:

Rather like Jurassic World’s dinosaurs, there is a sense that these sentiments should have died out long ago – and yet here they are, causing unexpected havoc in the 21st century.

Was it funny? The audience reaction suggests they didn’t ‘get’ it, and the professor’s real mistake – now clouded by kicking the social media hornets’ nest of people who can register how offended they are with a mouse click – was attempting a joke to people for whom English was a second language. Taken at face value, and in black and white, the meaning may well be completely opposite to the one intended.

Certainly when we heard a politician repeating Prof Hunt’s words in order to remind us of exactly how disgraceful they were, the sheer absurdity got a laugh – and politicians are notoriously bad joke tellers, especially when retelling a joke they want to assure people isn’t funny.

Anyway, it’s being sold to us as a terrible sexist remark that so far has cost him his job and drawn attention to the glass ceiling for women in science. The first is a personal disaster for Prof Hunt, and given that his area of research was key to cancer research, it might turn out to be a personal disaster for us too. The second thing is more positive. Hey, you can’t fix a problem if you don’t know that the problem exists, and we are all more aware of the problem today than we were before he opened his mouth. But do we think the message of his speech – of what, an hour? – made to women scientists and women science journalists, was ‘women should stay out of science’? Of course not.

There are several learning outcomes from this affair. The first is that jokes are dangerous. Gerald Ratner was making his joke about the products in his shop being ‘crap’ for years and getting away with it – until he addressed the Institute of Directors Annual Conference (approx. 4 min 10 secs into footage) and actual customers who happened to be wearing the stuff got wind of how he felt. Ratner was out of a job, and his shareholders were out of pocket. Pleased to say that Gerald has been back on the speaker circuit for a while and is in fine form with a great story to regale.

Second, Twitter and other social media ebb and flow with the mood of the times. Twitter may have been where Prof Hunt was tried and executed for sexist remarks, but it’s also the home of sexist remarks, trolling of female celebrities and cyber stalking. We have to ask if Twitter really matters. Is it too easy to kick up a storm by retweeting a bit of outrage without checking the full facts first? (Yes.) Is Professor Hunt’s faux pas already the online equivalent of yesterday’s chip wrapper? (For you to decide.)

The other thing we have learned is that women scientists have a better sense of humour than the average journalist. Decked out in hazmat suits and rubber gloves, the world’s scientists who happen to own a pair of X chromosomes have been tweeting pics of themselves with the hashtag #DistractinglySexy.

At this point, check your reaction: the whole debacle is an excellent example of what scientists call confirmation bias – or in layman’s terms, seeing what you are already looking for. If you think that Prof Hunt is a sexist dinosaur, then you will interpret his comments in that way, but you will have to ignore that Prof Hunt ended his speech by welcoming new talent (not specifically male) to take over as he approaches (perhaps prematurely) the end of his career. If you think that feminists over-react and have no sense of humour, then see what Mary Beard has to say about it..

Compelling an eminent (and now, contrite) scientist from his job seems like an over reaction. We think a more suitable punishment would be to keep him on the lecture circuit, on the condition that every other slide on his PowerPoint is a #DistractinglySexy scientist in goggles. Oh, and he reads our book, Insider Secrets of Public Speaking. The chapter on telling jokes especially: if you’re not a natural joke-teller, approach with caution. The best jokes are almost always true, or contain an element of truth. Try to tell the joke against yourself. And for heaven’s sake, if it’s a hot button topic, handle with #DistractinglySexy gloves.