In the event of a crisis… 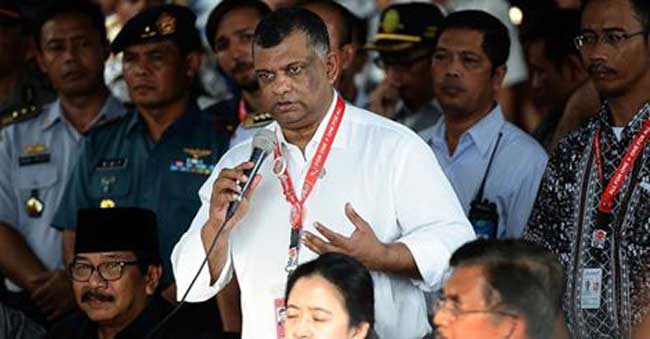 When bad things happen at Christmas, they chime a particular note in our consciousness. Hearing bad news for other people just as we are occupied with hanging stockings or wrapping presents, opening cards or peeling the potatoes makes us remember that the important part of the holiday is the people who are closest to us – even if they are streaming with a cold and interfering with the gravy.

Bad news is always bad, but there is such a thing as delivering bad news well. We won’t go into details, but one of the news stories over the break was that families of the victims of the recent AirAsia plane crash saw unpixelated images on television that shouldn’t have been shown. (Tony Fernandes, CEO of AirAsia featured in photo). Meanwhile, employees of City Link only found out the company had gone bust when they watched the news on Christmas day. And in the Malaysia Airlines MH370 incident earlier this year, concerned relatives were informed by text message that there were no survivors. It looks bad in a headline, even if the intention was to get information out to an appreciable number of people as fast as possible.

So although we wish you the best in 2015, no year is without its ups and downs. The chances are that in the next twelve months you’ll have to tell someone something they don’t want to hear, and it’s worth having a crisis media plan in place before the crisis strikes.

The story can quickly become, ‘If you knew this all along, why didn’t you do something sooner?’ From the moment you learn of something, the clock is ticking. Know what the consequences will be if you delay – will a quick response help more people? Or will a more considered response be appropriate? The risk of relaying information as soon as you get it is that you look to be out of control, so try to show that you’ve got a grip on things – even if it’s the non-specific – ‘We are exploring several solutions.’

Know who you’re talking to

If you’re announcing mass redundancies, the way you tell the press will not be the same way you tell those who are directly affected. Remember that if you are talking to a group of people, each individual is likely to take the news in a different way, so you should try to be as inclusive as possible. You need to separate the emotions from the facts, try to lay things out clearly, and if you are talking to people directly affected by the news, begin to explore next steps.

Talking to the media means that your message will be edited down and used to tell a story in the smallest space possible, so draft press statements carefully and unambiguously, as individual sentences may be repeated and become the ‘official version’ in the minds of the audience.

There might be a way out of the problem – or a way of mitigating the losses. Giving team members a feeling of involvement is one of the most effective ways of giving job satisfaction, and if you involve people with finding solutions and coming up with ideas, they will see the crisis as something they have some control over, rather than being the passive victims of it.

Keep in mind that, from personal experience, a solution presented too soon after the problem will often be dismissed while the audience is still coming to terms with the bad news. It may be wise to say that solutions are being considered, and then come back to present these once the news has sunk in.

The big questions anyone will ask are Who? What? Where? When? – and Why? Without the Why? you can’t expect people to understand and move on.
It all goes back to storytelling, which is all about taking a series of events and linking them together. If you say what happened without adding a ‘because’, the people you are talking to will draw their own conclusion – and it won’t necessarily be a conclusion favourable to you. It’s like being at school and your maths homework – show your workings out so that others can understand why you have made particular decisions and taken particular actions.

If it isn’t written down it didn’t happen

Bad news should be followed up with a written statement. Facts have a tendency to get blurred and misremembered in emotional situations, so it’s important that you have a benchmark of facts available to all the people who need therm.

Behind the scenes, keep a written record of what happened, when you knew about it, and what you did. Keeping minutes of crisis talks might not be the first thing to spring to mind when faced with a disaster, but when the dust has settled, it might be crucial to untangling a situation.

Finally, if you have committed to helping people through a crisis, make sure that you do so. As the full impact breaks, you can expect some tough times, but if you help people back on their feet again (and are seen to do so) it will be remembered and appreciated by those who matter.

‘Treat others as you would wish to be treated’ is not a bad mantra to keep in mind. If in doubt, as yourself what your hero would do – and then do that. Small gestures sometimes matter as much as the big picture, so listen and consider what you can do for others – without over-promising.

We often say that public speaking is an act of leadership, and this is never more obvious than when you are communicating in a crisis. A polished performance is no substitute for effective action, but without good communications, your actions may go unappreciated, misinterpreted or disregarded.