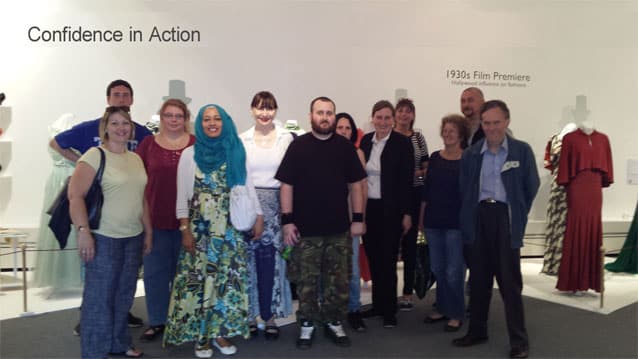 R H Tawney: The WEA’s business ‘…is not to organise classes for whom, in the circumstances of today, it may for one reason or another be easiest to attract. It is to create a demand for education in individuals and bodies who at the moment may be unconscious of its importance to them, but who, if a tolerable society is to be created, must be won to believe in it.’

This week, I am attending the WEA (Workers’ Educational Association) Awards in Digbeth, Birmingham. I’m an Ambassador for the WEA, becoming part of the history of an organisation founded in 1903 to bring high quality, student-centred, tutor-led education for adults across Britain.

Awards include the ‘Olive Cordell Skills for Life Awards’ for both Tutor and Student of the year, as well as a number of others recognising innovation & contribution, outstanding teams and individuals across the UK. Over 70,000 students study with the WEA every year, and the Awards recognise the most inspiring stories of the transformational power of education. I am particularly impressed by the Confidence in Action group (they are featured in the photo) in the West Midlands that supports learners in living more independent and fulfilling lives: hearing about people who had previously struggled to use public transport now happily travelling by themselves, or visiting a coffee shop for the first time puts things into perspective. For those of us who don’t think twice about it, being unable to go for a coffee is unimaginably and intolerably limiting.

Confidence is a matter of degree. Scarcely a social occasion goes by when I am told that I am ‘brave’ because my job is standing on a platform and talking to audiences. The irony is that a lot of the jobs I can think of – from mechanic to GP – usually has far higher stakes than the misfortunes that can trouble a presenter. In my book (co-authored with Ian Hawkins) ‘Insider Secrets of Public Speaking’, we wrote of microphones feeding back, or the script appearing in the wrong order, which we take in our stride, but which to others would be a nightmare. We can all think of things we do that look easy to some, and appear to be an act of heroism to someone else.

The positive impact of WEA courses in the likes of literacy, computing and the arts spreads wider than the subjects themselves. Whilst we won’t deny that these are useful skills for adult learners, our interest in the organisation goes beyond mere upskilling of individuals in order to secure a promotion. Take computer skills: one such course proved to be a genuinely transformative experience for one elderly woman of our acquaintance. Housebound, she is as happy shopping for her groceries online as she was in a supermarket (happier: she no longer feels that she is keeping people waiting while she fiddles with her purse). Thanks to Facebook, she is better connected with the family that moved abroad in the 1950s than she has ever been, the annual Christmas phone call being replaced with a weekly video Skype. Getting old isn’t a walk in the park, she tells us, but the big issues for the elderly – isolation, dependency, loneliness – are mitigated by her willingness to master the mouse. These days, her far-flung grandchildren get an animated e-card on their birthday, plus a tenner via PayPal.

Consider that last year, almost 3,000 people joined WEA courses designed specifically for people experiencing mental health difficulties. Although the courses don’t pretend to treat the illness at base, the act of learning, community, and personal growth do help individuals tackle some of the difficulties surrounding their conditions, and in doing so make their lives more bearable.

One of the most rewarding things that anyone can do is to be useful to someone else, and this is where West Midlands Confidence in Action has been especially successful: three of the learners from the group are now volunteering as a direct result of the improvement in their confidence, one of them with the WEA. Another student from the group has recently completed a successful work placement at Marks and Spencer, and is currently preparing for a job interview. On behalf of the team at PS Programmes: we wish you the very best of luck, health and happiness. It is also a great honour to be asked to introduce and present the WEA Innovation and Contribution Award for 2014.

For information on how to support the work of WEA, please visit the fundraising page.