In Bob We Trust 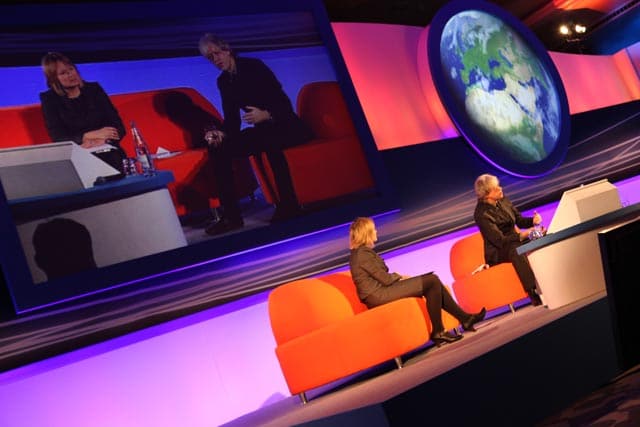 On Thursday 11 September, we attended the Global Trust Conference at the Grange Hotel, Tower Bridge. The day was a balance of interesting speakers, break-outs and networking opportunities (among the new business contacts, we met a plumber – it was an eclectic crowd), and reflected along the lines of the conference theme, that there is scarcely any activity between two or more people that doesn’t contain an element of trust. Not least when you suddenly need a plumber.

As with life, trust is also needed when speaking in public. A speech is judged on what people take away from it, and whether your stage time is a minute or a whole morning, there will be a feeling that lingers in the minds of the audience.

At the Global Trust Conference, Sir Bob Geldof delivered the closing speech. He left his notes on the lectern, and rather than giving the prepared speech, treated the audience to an hour of his reflections on Live Aid, Live 8, the past, the future, peppered with a few good jokes, salty language and digs at the people responsible for the banking crisis. What did we take away? We had spent time with a truly iconic figure, and had some insight into his thinking and broad inspiration for making this a better world.

Compare and contrast: a senior manager addressed a room of junior managers at a training day last March. The senior manager opened with, ‘I haven’t prepared anything,’ and then spoke for twenty minutes (the agenda said ten). The overwhelming response was that the senior manager delivered a massive snub to his subordinates, didn’t think them worth making an effort for and, above all, senior management in the company as a whole wasn’t listening.

It’s not about ‘star quality’: we’ve seen big names falling flat because they haven’t given the event (and by extension, audience) the effort they deserve. And we’ve seen unknown speakers steal the show.

One of the elements to successful public speaking is understanding the relationship a speaker has with their audience, and like any relationship, trust is important. Creating a moment of vulnerability onstage is a great way of getting the audience on your side, but this has to be done without disrespecting the audience. Bob Geldof was self-deprecating; whereas the senior manager insulted his audience. When a speaker apologises for their inexperience or for not being funny enough, or says something negative about the event (even something as apparently banal as ‘this microphone isn’t very good, is it?’) they are breaking the bond of trust that the organisers have provided content that is worth listening to.

Let’s take another great example from yesterday. Hollie Delaney was speaking about the corporate culture of Zappos, the US-based online clothing store where she is Head of People Happiness. During her speech, she illustrated the company’s commitment to employee health by putting up a slide that showed a photo of herself before she lost 85lb. It created a ripple of applause. Losing that amount of weight isn’t easy, and acknowledging the role of Zappos’s staff wellbeing policies, meant that a lot of the ideas she had been talking about had real world applications. How many employers in the audience suddenly thought about their absentee figures and wondered what they could do to help their staff live healthier lifestyles? It made something as apparently fluffy as ‘People Happiness’ suddenly important and concrete, and if Hollie Delaney hadn’t put herself out there, and trusted the audience to be on her side at a moment of vulnerability (would you put your weight on a PowerPoint slide in front of 600 strangers?), her speech wouldn’t be sticking in the mind 24 hours later.

The trust issue was one we tackled early in the Introduction of ‘Insider Secrets of Public Speaking’. We addressed the question directly: ‘Why do [our clients] listen to us? Why should you listen to us?’ If we couldn’t answer the second question, we wouldn’t have bothered writing the rest of the book.

‘Why should the audience listen to me?’ is a good starting point for any speaker: speak to your strengths, rather than your weaknesses. With the audience trusting you early on, you will find that risks you take pay off more often than not. You will reach the other end of the high wire, rather than bounce around in the safety net. Annoy your audience, and you’ll have a hard landing.

‘Insider Secrets of Public Speaking’ is available at Amazon