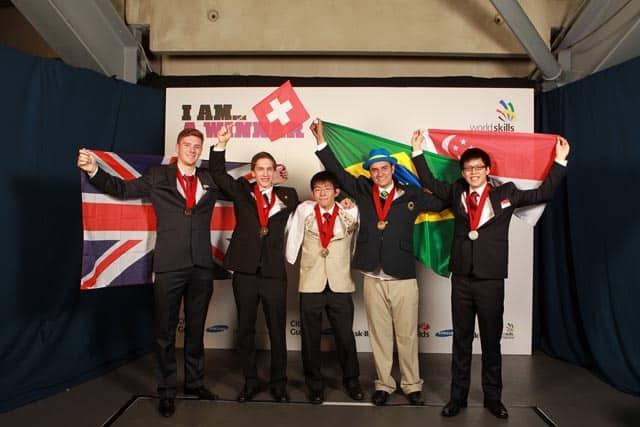 When the first railway track was laid between London and Bristol (one of her richest satellites), an unexpected problem arose: midday in the capital came several minutes earlier than it did in the west. Before the trains or telegraph – let alone email – this hardly mattered. As communications got faster, it quickly became clear that clocks in Bristol and London ought to strike midday at the same time. And in the USA, as the final rivet was hammered into the railroad from New York to San Francisco, the country had to decide whether they were going to split into time zones or stick to ‘railroad time’ that was the same whether you were in Portland, Oregon or Portland, Maine. This raised the horrifying prospect of having elevenses at 1pm.

Dividing the time zones on land is more straightforward than the problem of working it out at sea, and the 200th anniversary of the original Longitude Prize has been commemorated with a £10million award to whoever solves one of the big problems facing humanity here in 2014. The people have spoken and from a list of big issues from climate change to the search for extra terrestrial intelligence, suggested the money go towards finding a new generation of antibiotics as the ones we have are becoming less effective, leading to MRSA and others claiming lives.

We think this is a bit of a missed step. Not that MRSA isn’t a problem – but it’s being worked on by pharmaceutical companies who are used to spending money on R&D, and for which £10million is a drop in the ocean. It also misses the post that the Prize should go towards smaller, more entrepreneurial outfits. Drug resistant bacteria is a problem that needs to be solved, but it will only be solved in a well funded lab.

One major problem facing humanity is the issue of communication. As Karl Popper said, ‘no sentence is incapable of misinterpretation,’ and as the Voyager spacecraft hurtle out of our solar system, some dissenting voices are beginning to suggest that it might not be such a good idea to advertise the location of our planet in a rather unsophisticated manner to vast, cool intelligences that might be greater than our own.

Before we worry about little green people from outer space, we should think more about how we communicate down here on earth. It’s tough to pitch a friendly-yet-professional introduction to a conference when everyone speaks the same language, let alone when there are some in the audience from a different culture. The French, for example, have a word (‘comme’) which covers ‘like’ and ‘as’. You will appreciate there is a big difference between ‘working like a horse’ and ‘working as a horse.’ And that’s just the tip of an unknowable iceberg.

With big international conferences, there is one major hazard to crossing time zones: jet lag. It’s bad enough when an entire section of the audience keeps nipping out for triple espressos and even then falls asleep in a stairwell during the lunch break. It is perhaps even worse when the facilitator feels the icy hand of sleep gently pushing down the eyelids in the middle of someone’s presentation. Armies across the planet and through history have experimented with substances to keep soldiers alert and fighting for longer than can be expected of a normal body. How long before these products trickle down to the conference room?

To leave you with a little food for thought: ‘circadian rhythm’ is the fancy word for ‘body clock’. We wake when it’s light, sleep when it’s dark, and get hungry in the middle. Virtually every species on the planet has this 24hour rhythm of rest and wakefulness. We only have this because we have evolved on a planet with a 24hour day. Can you imagine the diplomatic nightmare we would face if we encountered an intelligent alien life form with a six-hour day? How will our diplomats cope when the Martians doze off in the middle of our welcome speech? How will the Venusians respond when our diplomats return to their beds eight times a day? ‘These humans,’ they will say, ‘how do they get anything done?’ (Venus has very long day, equal to 243 Earth days!!)

Perhaps the events industry need their own Longitude Prize. If we can solve the jet lag problem now, we may find the technology useful when we make contact with unknowably strange creatures from across the galaxy.