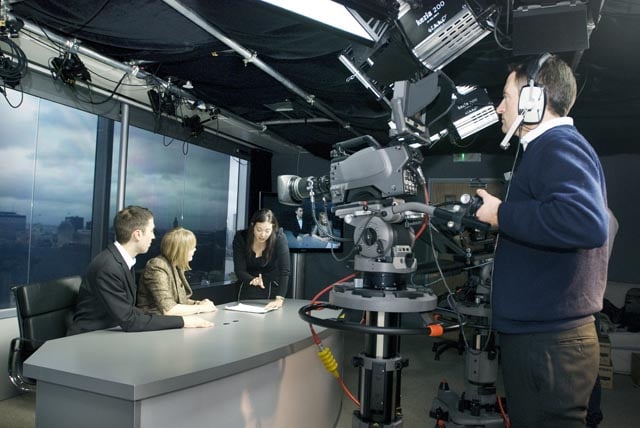 “That was only a yard away from being an inch-perfect pass.”
Murdo MacLeod

It’s the World Cup, and at PS Programmes Towers we are very excited by the drama and spectacle of the Beautiful Game. We don’t expect everyone to share our passion, but we had hoped that Phil Neville would be on our side. His ‘monotonous’ and ‘dreary’ style of commentary on the England vs Italy match prompted 445 complaints to the BBC. It was was his first ever live commentary, and he sounded like a hungover Monday morning. He was on much better form a couple of days later when Gary Linkear mentioned that the use of social media was getting fans closer to the players than ever before. Phil, with a huge grin on his face responded with ‘I used to love social media until 24 hours ago!’

“I can learn as much from Darius Vassell as he can from me – but he can learn more.“
Andrew Cole

Commentary is a tricky thing to get right. Often you’re dealing with the adrenaline not just of the game, but also being live on one of the few television programmes capable of drawing tens of millions of viewers. There are also only so many ways you can describe a ball being kicked into a net, which must’ve been especially apparent in the AS Adema vs SO l’Emyrne game of 31 October 2002 in Madagascar, where the final score was 149-nil. Fortunately, we only caught the highlights of that one.

“Bristol Rovers were 4-0 up at half time, with four goals in the first half.”
Tony Adamson

Football gets singled out for mockery, because players tend not to show the same eloquence with their words that they do with the ball. But there are bad commentaries in plenty of other media: The Exorcist is a brilliant film and director William Friedkin is a visionary artist, but his DVD commentary is completely dispensable, as he spends large parts of it telling the viewer what they can already see perfectly well for themselves on the screen (‘The mother looks worried.’).

Likewise, musicians and artists often make tricky interviewees – the presenter having to do a lot of the heavy lifting to make the programme interesting. Alan Yentob once interviewed Pink Floyd guitarist David Gilmour about his signature sound. “How do you do the [pitch] bending?” asked Yentob. “Push,” said Gilmour. Then, suspecting more was required of him, continued: “the wire gets tighter.” You don’t get far into the interview without realising that really it’s the guitar that has all of the best lines.

“They were numerically outnumbered.”
Garry Birtles

There are three things that we want from commentators:

1. Expert – if not insider – knowledge. We want someone who has been there and done it, who knows what it’s like, what the pressures are and what it feels like to represent the thousands of fans on the pitch.

2. Communication. We want someone who can take us on a journey and ‘tell the story’ of what we are watching, without simply repeating the information we can see for ourselves.

3. Passion. We want someone who feels about the sport as strongly as we do.

“The game is not over until it is.”
Dwight Yorke

“Colemanballs” is the title of a column in Private Eye which gathers together the stupid things that sports pundits say when the heat of the moment bypasses the bit of the brain that deals with logic. It gives us a harmless laugh, and is hopefully no more than a moment of gentle embarrassment for whoever finds themselves featured in the column, so to Phil Neville we say: bring your passion to the fore. Not many people get it right first time, and not many people have their first time watched by 20 million football fans – many of whom also have Twitter accounts. For England, the World Cup is over, but the BBC is sticking with Phil – so he’s going to be in Rio long after the English players have come home.