Losing the Script to Find the Audience 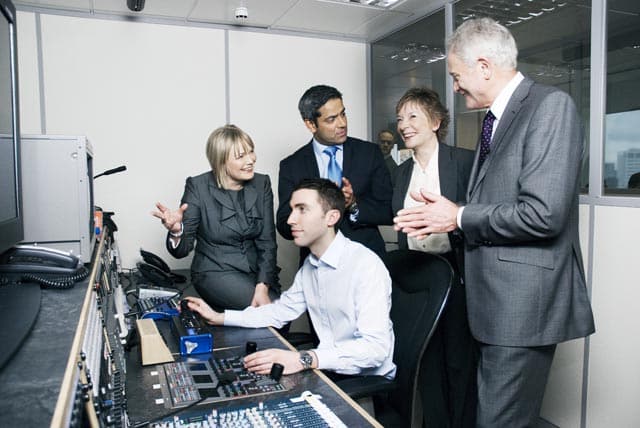 Speaking to a group of students, we were asked what qualities were necessary to be a writer. The library in which the event was taking place was intimidating: shelf after shelf of books from anthropology to Zoroastrianism, millions of minds contributing from antiquity to the latest Tweet. What connects them all? ‘You won’t be a writer,’ we agreed, ‘until you’re really comfortable with rejection.’

There is rejection from readers, who buy your rivals’ books over your own, there is rejection from publishers, and most importantly, there is the rejection of your own work when you read it back afterwards, and think: ‘this could be better.’ And this theme cropped up recently in a meeting with a coaching client, twenty-four hours away from a speech, with just the bare bones of an idea down on the page. The client was, understandably, anxious to know what they were actually going to say, and wanted to work towards having a finalised, dotted and crossed script.

Those communications experts who claim that only a dazzlingly small percentage of your message exists in the actual words you say are, surprisingly, right. And for someone who has been chiefly responsible for exactly this element of performances on stage and on-air for fifteen years, that is a hard thing to admit to. Coaching, by contrast, is about much more than the process of writing a good script, covering ground such as posture, confidence, self-belief. The actual words someone says on stage are often the last thing up for discussion. Why is this?

A script locks the speaker into a form of words. If you are not used to working with scripts, you are likely to find it difficult to know what to keep and what to reject. That’s writing again: of you want to produce quality, it’s safer to cut a thousand brilliant words out of 2,000 than it is to stop writing when you hit the word count. Stephen King says a great book is the first draft minus ten percent of the word count. For that reason, our new book on speaking to be published soon is currently at 55,000 words, and we’re looking forward to finding out which 5,000 words can be rejected.

The other reason to not think about the actual words are that a beautiful script of erudition and wit can act as a barrier between you and the audience. If you want them to marvel at your perspicacity, by all means stick to the lines you’ve crafted with the help of a thesaurus. But don’t expect them to love you for it. Don’t expect them to engage in your message, particularly if your message ignores the morning’s breaking news which is relevant to your speech, but which you haven’t had time to add to the script.

To the client with the ticking clock, we gave this advice: say what you know, manage your time and talk to an audience not at them. When you talk about your subject in everyday language and respond to audience questions, you look authoritative, and audiences always respond well to that. If you don’t know word-for-word what to say, stick with a five minute introduction, ten minutes on each major point, wrap up early and ask for questions.

Speaking to an audience is less about delivering a speech than it is about knowing how to be a good conversationalist – under the strange circumstances of being massively outnumbered by people who aren’t saying anything. It means being sensitive to the needs of the audience so that they don’t feel they are being hit over the head: the conversation may be one-sided, but it shouldn’t be as boring as one-sided conversations in everyday life often are.

Structure, too, massively trumps beautifully constructed sentences. There is one bit of script that perhaps is worth sticking to: if you choose to open with a powerful example and refer back to it in your conclusion, you’ll look a lot more in control of the speech than you will if you use a script. Resist the urge to defer your authority to a piece of paper, but do know how to give your example in a way that’s clear and makes the points efficiently.

Ian Hawkins and I are nearly at the end of the odd process of writing our book, which has sometimes felt a bit like creating an orange flavoured apple. Writing and speaking are two very different beasts. Our carefully chosen words (and hopefully the even more carefully chosen 5,000 words that will go in the bin) will, we believe, lead the reader gently towards becoming a better speaker, and one of the big lessons is, paradoxically, sometimes the words you say don’t really matter. In the process of creating the book, it has been apparent that being a good writer and being a good speaker don’t have to go together.